Base on Scientific Research what the health benefit of our main ingredients. 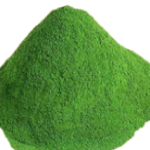 Spirulina is a blue-green algae. It is a simple, one-celled form of algae that thrives in warm, alkaline fresh -water bodies. The name ” spirulina” is derived from the Latin word for “helix” or “spiral” denoting the physical configuration of organism when it forms swirling microscopic strands. Spirulina contains high amount of protein essential amino acids, essential fatty acids and vitamins and minerals and there are claims to consider it as one of the superfood. 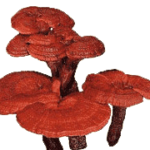 Ganoderma is the common name of species of fungus. Ganoderma lucidum, also known as lingzhi or red mushroom. This is use in many forms of traditional asian medicine and is believed to have considerable healing powers. Medical studies conducted with the mushroom suggest that does have some medical application but the understanding of why it work or what it treat remains a mystery. Ganoderma shows promise in reducing cholesterol levels and easing allergy related inflammation according to preliminary evidence from animal based studies.

A coffee bean is the seed of the coffee plant ( the pit inside the red or purple fruit). Even though they are seeds, they are referred to as beans because of their resemblance. The fruit coffee cherries or coffee berries, most commonly contain two stones with their flat sides together. In a crop of coffee, a small percentage of cherries contain a single bean, instead of the usual two. As coffee is one of the world’s most widely consumed beverages. It is considered a regularly consumed beverage in the world.